Google announced a host of new Android features at its I/O keynote on Wednesday. While many of the capabilities are something Apple users already have on iOS, others would be nice to get.

Here are some Android 13 features that Google announced, as well as how they compare to Apple’s current software capabilities.

What we already have

Many of Google’s announced features at I/O probably felt incredibly familiar to Apple users. Here are some features that iPhone owners already have.

Google unveiled a full suite of new privacy features at I/O meant to make the Android platform much more privacy-respecting and secure. To Apple users, most of them are familiar.

For example, the company is adding a new photo picker that lets users grant apps access to only the photos and videos they choose. Apps will also need to ask permission to send notifications.

Apple still leads the pack as far as privacy, so it’s no surprise to see Google following in its footsteps.

It’s basically the same thing as Google Pay, except for the fact that Google says digital identification cards are coming to its wallet app in the near future.

That sounds a lot like Apple Wallet, because it’s basically the same idea. iPhone users have had Google Wallet functionality for years, and Apple announced digital ID support back at WWDC 2021.

Apple has long had end-to-end encryption baked into its iMessage platform, as well as in places like FaceTime. The same is not true of Android.

Users on Android have had to rely on third-party apps like WhatsApp or Signal for encrypted and secure texting. Now, with the launch of RCS, Android users will get end-to-end encrypted messaging by default.

Google touted the benefits of its safety features at I/O in 2022, including a new Emergency SOS feature that’s incredibly similar to the one on Apple Watch. 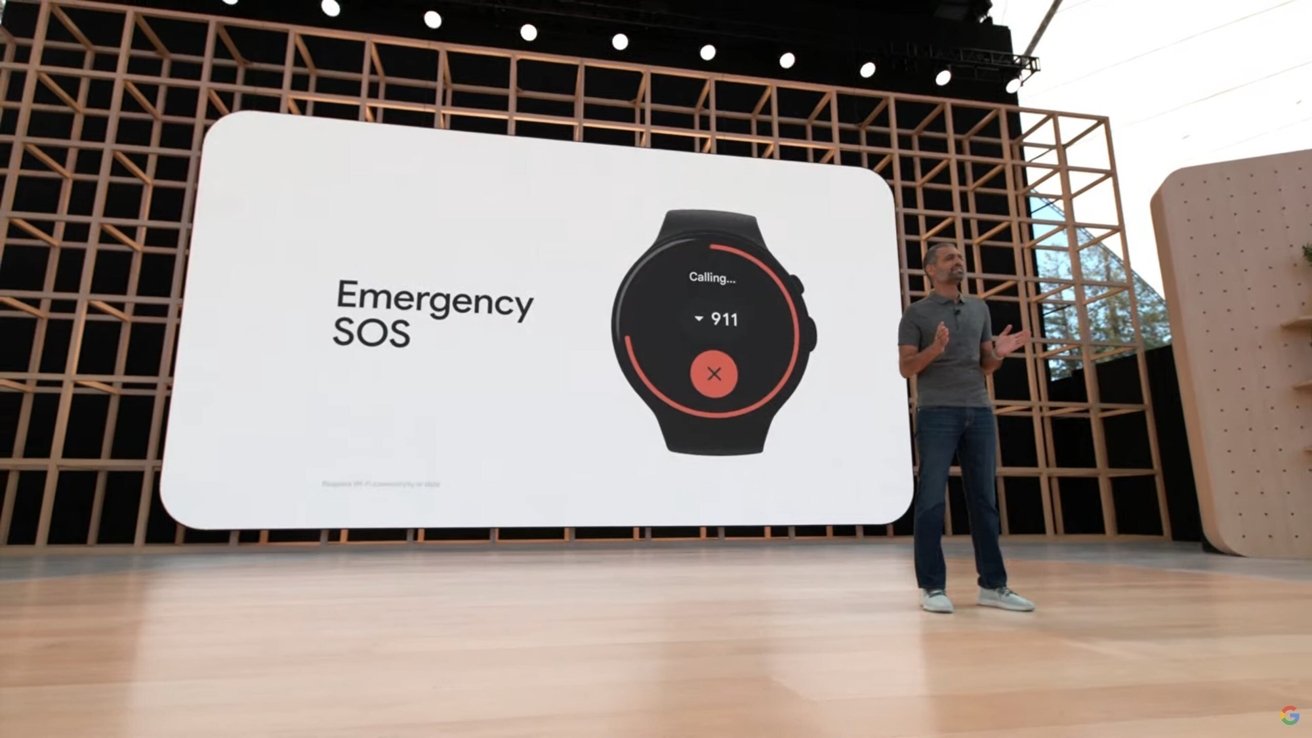 The Apple Watch is already famous for its Emergency SOS feature saving lives.

The feature uses accelerometer data to detect car crashes or other types of accidents. From there, it alerts emergency services.

Apple Watch has had similar functionality for a while now, though it isn’t specifically focused on car crashes.

One of the best features of the Apple ecosystem is how tightly everything integrates. From Continuity and AirDrop to the fast pairing of AirPods, Apple devices have always worked together seamlessly and effortlessly.

With Android 13, Google is taking a page out of Apple’s book to allow its devices to work better with other products in a user’s household. They’ll integrate more easily with TVs, cars, speakers, and laptops.

A few notable examples is copy-pasting between devices, automatic audio switching for headphones, easy pairing and setup for new smartphones, and casting messages from a phone to a computer. These are all things Apple has had for a while now.

Google made a big deal of showing off its upcoming updates for Android tablets, which included an improved multitasking feature such as updated split screen and easy drag-and-drop functionality. 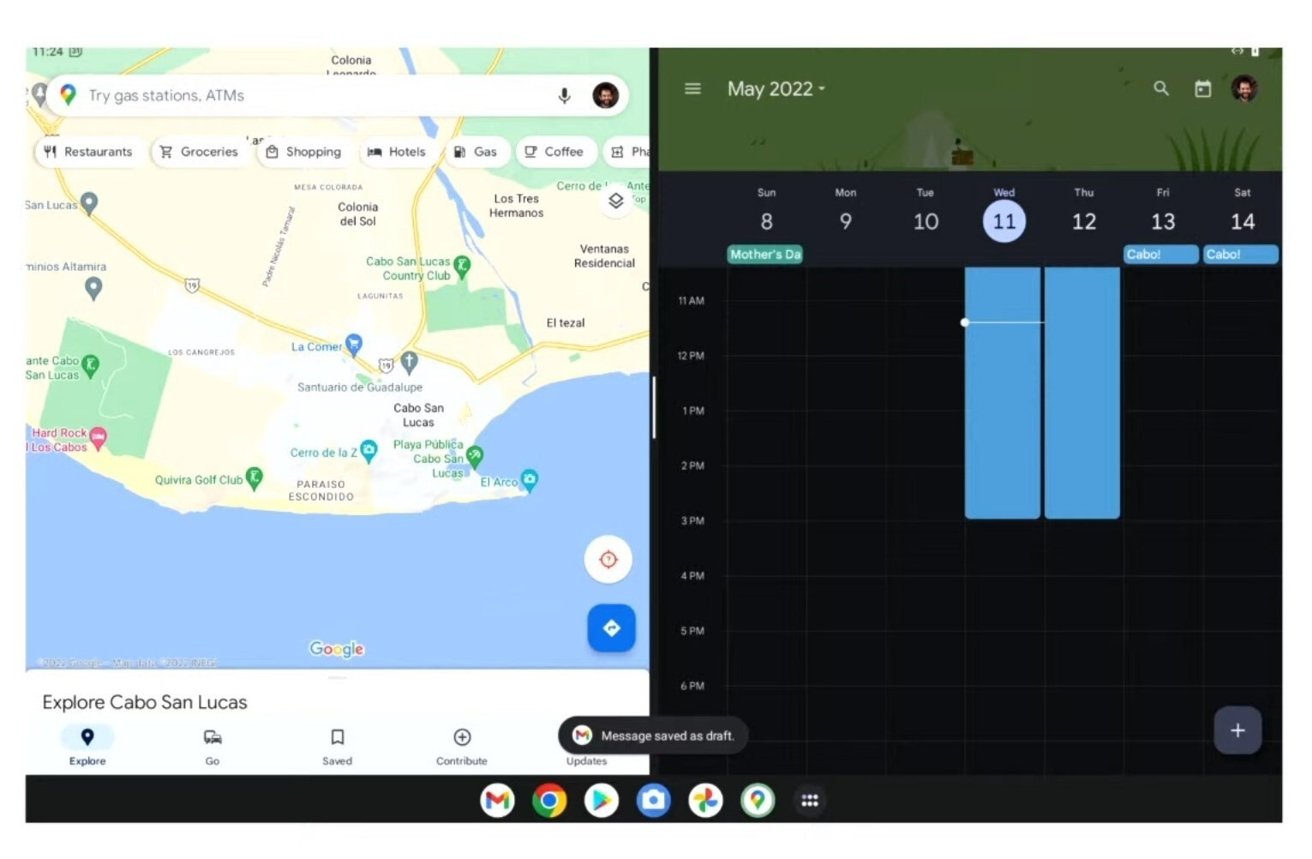 Google is again working on tablets, but Apple kickstarted its own tablet revolution in iPadOS.

Apple’s own multitasking on iOS and iPadOS hasn’t been perfect, but the company did begin to place a greater emphasis on unlocking the power of tablets with new multitasking features in 2019.

When it comes toO what Google announced at I/, it seems like its tablet division is just playing catch-up to the iPad.

What would be nice to have

While Google appeared to be playing catch-up on a lot of different software capabilities, there are other areas in which Google outpaces Apple.

Google says it’s working on a Google Maps feature that will let users explore cities in a 3D and immersive fashion. That includes the exterior areas of many cities, as well as inside offices and restaurants.

Apple Maps has come a long way from its time as a second-rate navigation platform, and the company has put a lot of work into its flyover and Look around features. But there’s still a lot to be done.

Unlike Apple’s first-party data, the Google Immersion View relies on user photos filled in with an algorithm. Apple could take a similar approach, which would negate the need for data collection without businesses and buildings.

To accomplish this, the Next Max Hub uses its camera to monitor metrics like how close to you are to the speaker, which direction your head is turned, and whether your gaze is looking at the speaker. 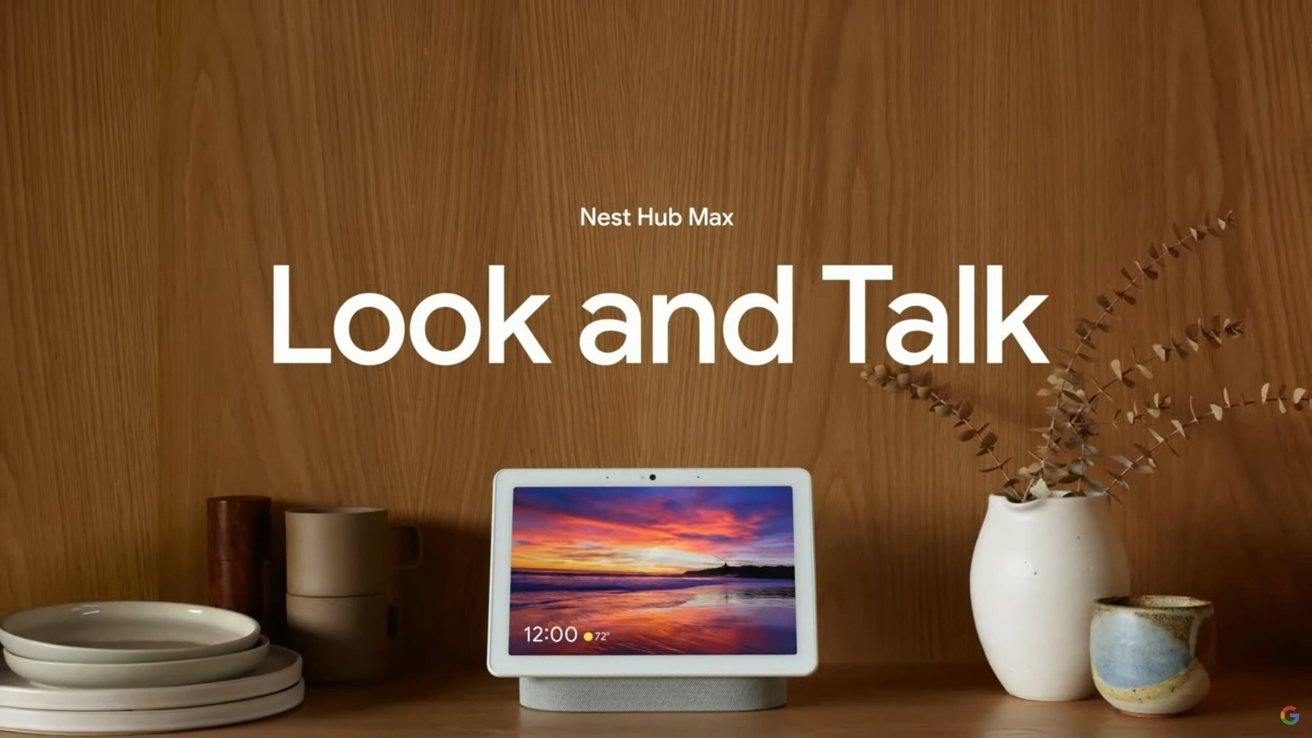 Features like Look and Talk underscore Google’s expertise in data and AI.

None of those things seem like something Apple is willing to cram into a future HomePod, but Apple users still want a smarter Siri. There’s only so much you can do with Apple’s commitment to privacy, but some refinements are urgently needed.

There are specific areas in which Google excepts. One of those areas is the sophistication of its artificial intelligence. Case in point, Google is building a system that intelligently summarizes long documents with what Google’s algorithms think the key points are.

The feature, which Google says will integrate into Google Docs and other areas throughout its ecosystem, is a good indicator of the company’s strengths. On Google Meet, it will even highlight the main points of a meeting that you logged onto late.

All of this machine learning sophistication requires a lot of data, which Apple has long been hesitant to use. However, there is likely a middle ground that uses on-device learning to allow for some of these features.

The Rich Communications Service is a next-generation standard that could soon replace the aging SMS and MMS messaging technologies. Google is onboard, as are many carriers, but Apple is a notable holdout. 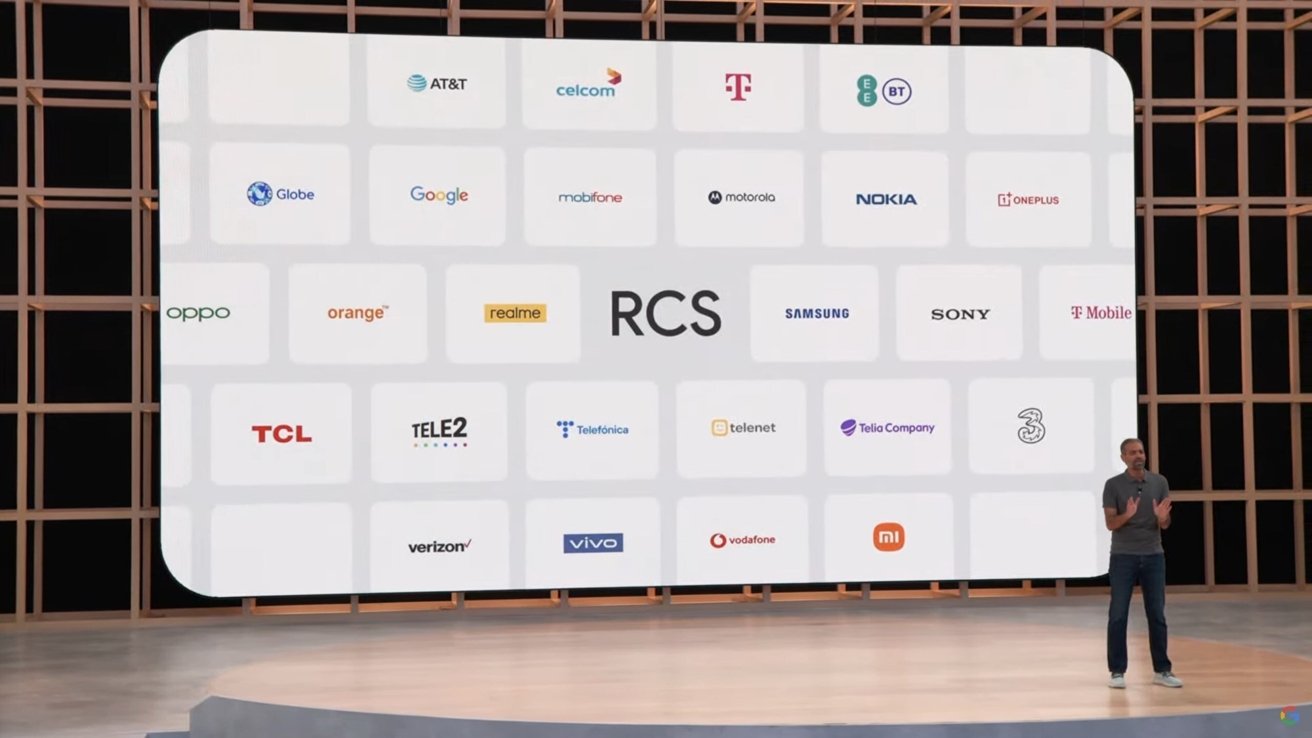 Ditching SMS for RCS on iPhones as an iMessage alternative would be a good move.

iMessage has long been a draw for iPhone users and it’s unlikely that Apple is going to replace its iMessage standard with RCS.

However, some compatibility with RCS texting would be a good step. It would make communication between iPhone and Android users more feature-rich — and potentially — encrypted. Whatever camp you’re in, allowing people to communicate better is never a bad thing.