If you’re looking for Thunderbolt 4-compatible hubs and docks so that you can add more connectivity to your Mac, we’ve curated some of the best docking and port-expanding accessories currently on the market.

Most modern Mac models come with at least a few USB-C or Thunderbolt 4 ports. But, depending on the complexity of your setup, you may at times find yourself running out of the ports. That’s where a dock or hub comes in.

While there are a plethora of docks and hubs with Thunderbolt 4 on the market, these are our picks for the best ones you can find.

Belkin’s Connect Pro Thunderbolt 4 dock is a 12-port dock first announced in February. Although the Belkin Connect Pro dock features a variety of port options and a sleek design, it does also carry a hefty price tag of $399.

The dock can deliver up to 90W of total power for charging connected devices. In addition, it can power a single monitor at up to 8K resolution, or dual monitors at up to 4K resolution.

That said, due to limitations within Macs, Apple users aren’t able to use both HDMI simultaneously. If you want to run two monitors with a Mac, you’ll have to use one HDMI port and the Thunderbolt 4 port. This makes the second HDMI port a waste of space for Mac users.

Belkin seems to primarily be targeting office users and PC users with this offering.

The CalDigit Thunderbolt Station 4 is an excellent dock that can suit the needs of most Mac users withs its 18 ports, familiar design, and fast data transfer. 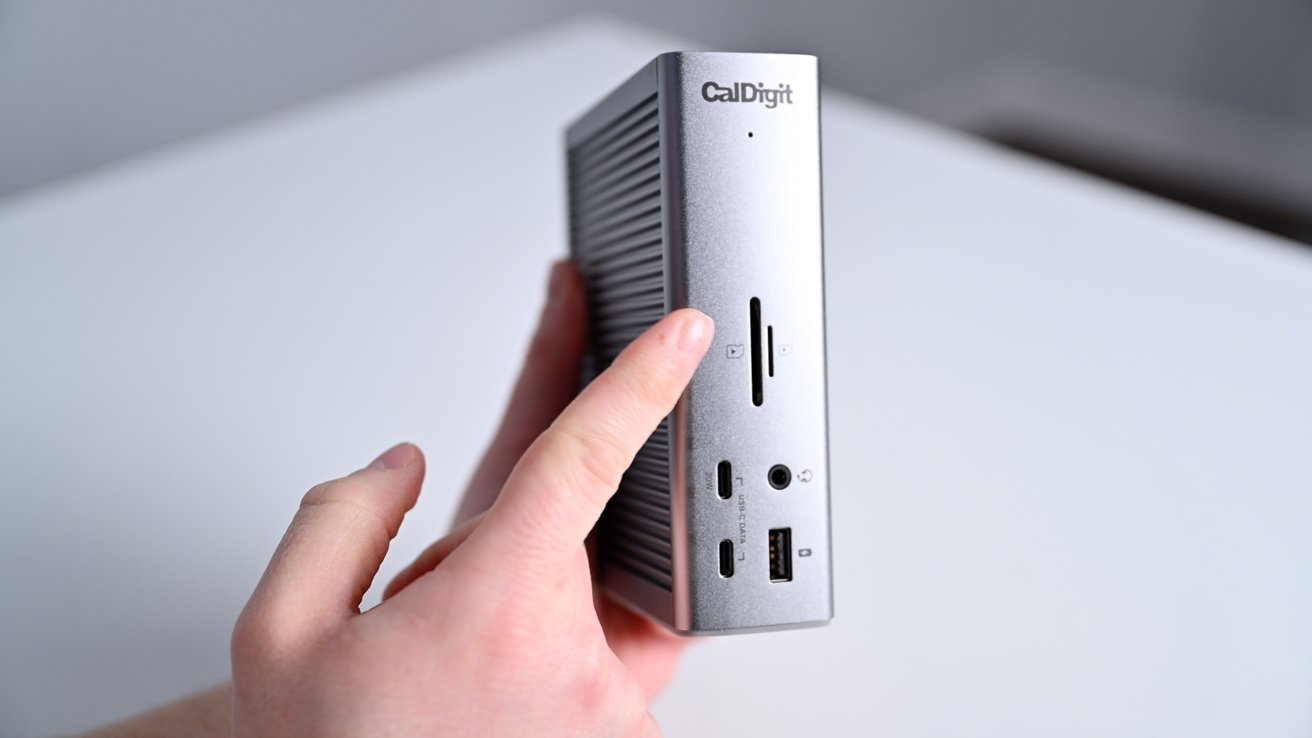 In short, you won’t be left wanting for more wired connectivity options with this port. It can deliver 98W of power and drive a single 8K or 6K display, or a pair of 6K displays.

Data transfer speeds are fast, the dock is neutral enough to look great in any setup, and the price is right at $359.99.

The TS4 is our top recommendation for a Thunderbolt 4 dock but, you’ll operate at lower speeds if every port is used simultaneously. If you’re looking for a solid dock with a plethora of port options, then the CalDigit TS4 is a solid choice.

The Alogic Thunderbolt 4 Blaze Hub is arguably not a dock. Instead, its form factor and port offering lines up more with portable USB hubs. Still, it can deliver dock performance for some setups. 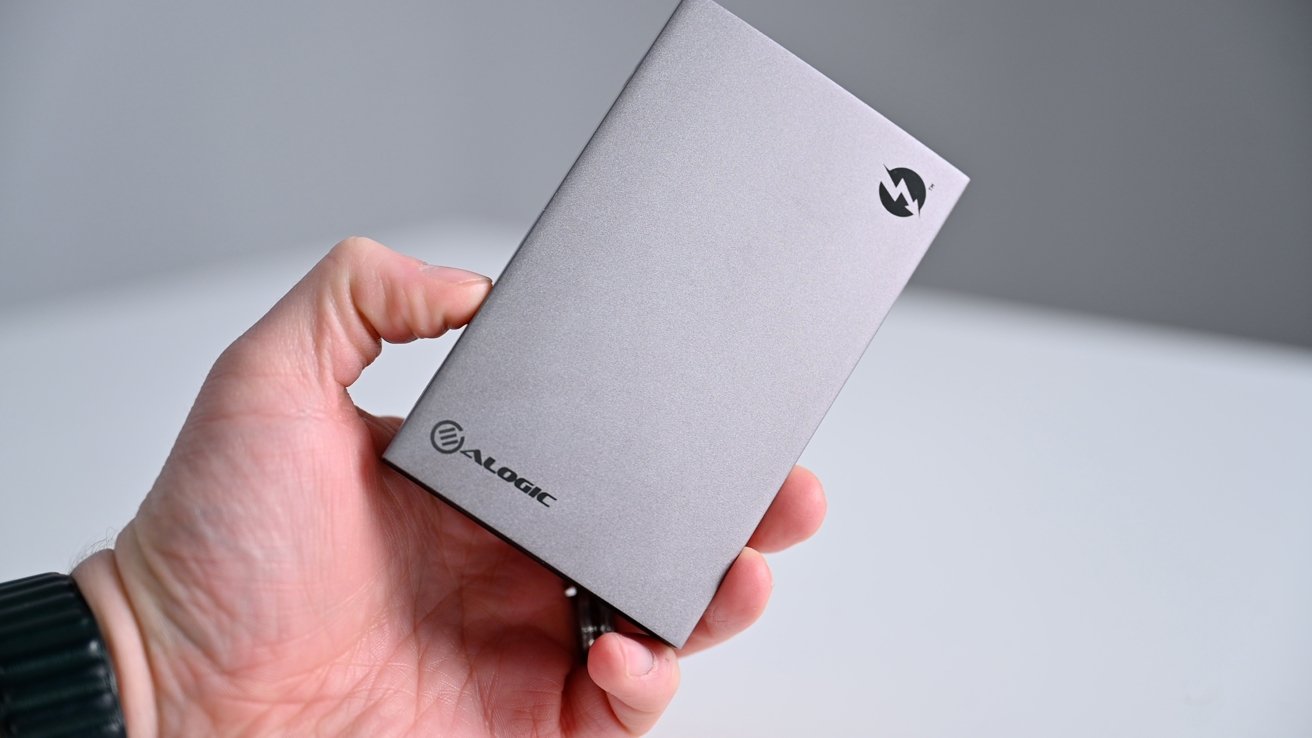 Essentially, the Thunderbolt 4 Blaze Hub is a pared-down version of the company’s Blaze docking station. It packs a total of five ports, which isn’t much compared to some other options on this list. However, all five ports are tech-forward.

There’s no Ethernet port or SD card slot, which means that the hub won’t be the best for photographers, videographers, or those that need fast wired internet.

However, with a svelte and portable design and a $189.99 price tag (on sale at Amazon), it could deliver enough performance for certain users.

The aptly named OWC Thunderbolt Dock sets out to add additional port options to machines that lack a variety of wired connectivity. To that end, it does deliver. 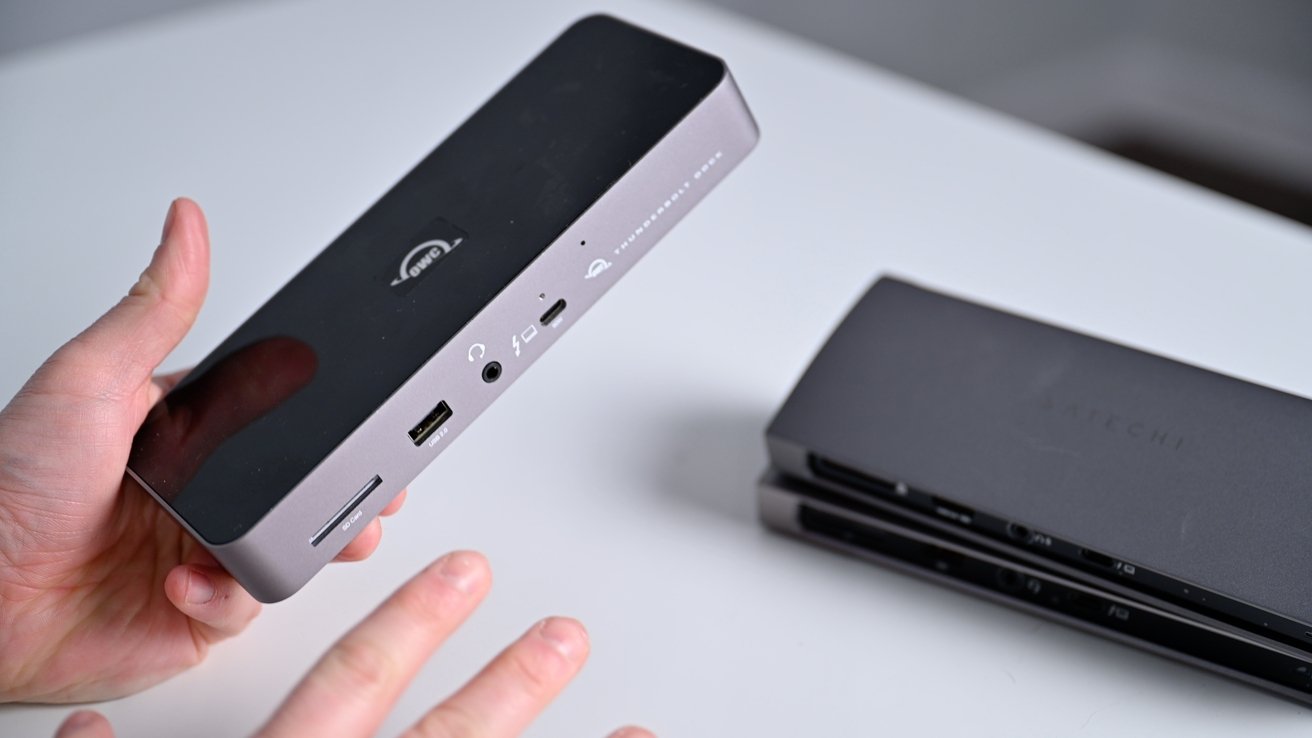 On the rear, you’ll find the dock’s power supply, three Thunderbolt 4 ports, a Gigabit Ethernet port, and three USB-A 3.0 ports with data transfer speeds of up to 10Gb per second.

It can drive up to two dual 4K displays or a single 5K, 6K, or 8K display. The OWC option also supports high-performance storage like NVMe and other accessories.

The OWC Thunderbolt Dock doesn’t deliver the port variety or abundance of some of the other docks on this list, but it does cost less at $279. It could be a good option for users who are on a stricter budget.

If you’re looking to maximize the number of Thunderbolt 4 ports on your hub or dock, the CalDigit Thunderbolt Element Hub is a great choice for most users. 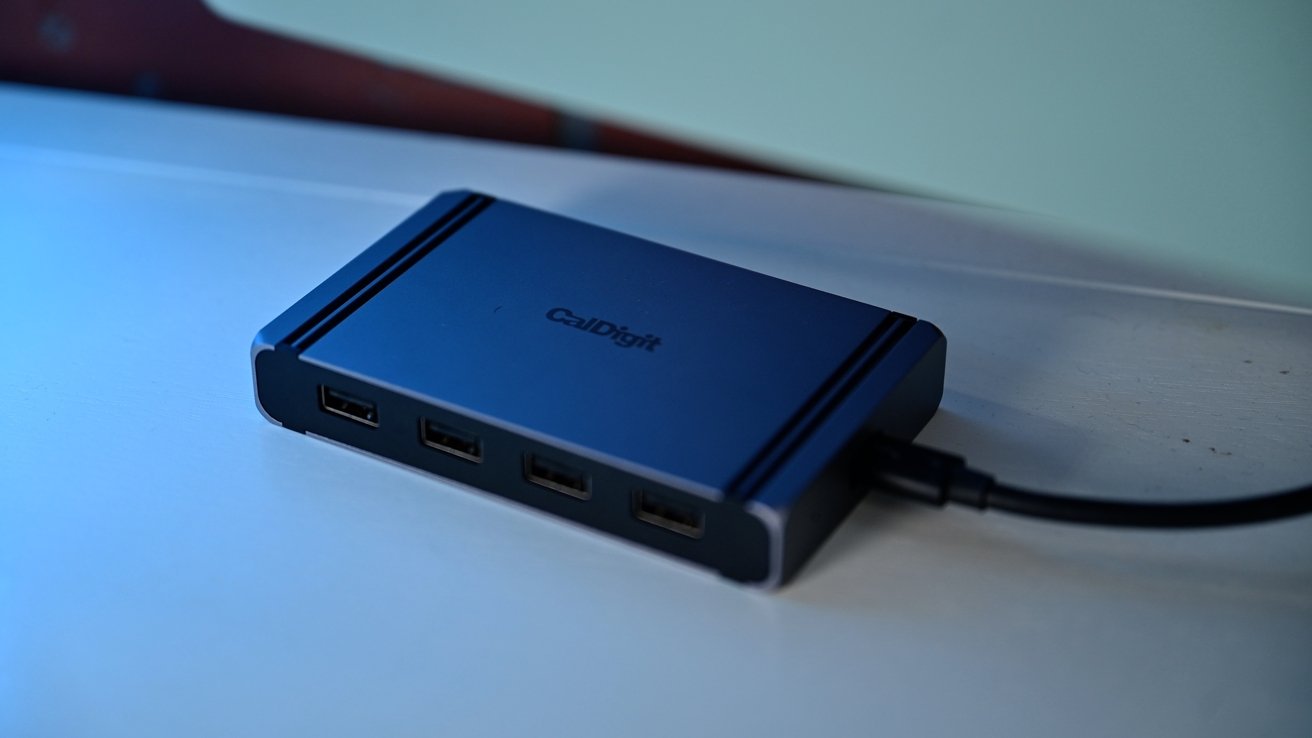 The accessory itself is more of a USB hub than a dock, but it fills a unique role among potential Mac accessories. On the front, you’ll find four Thunderbolt 4 ports that are rated at 40Gbps and 18W. That’s more ports than most other hubs on the market.

In addition to the Thunderbolt 4 ports, you’ll also find four USB-A 3.2 ports. While there are several options on the market, there’s no hub with a four-Thunderbolt, four-USB configuration.

You can even daisy-chain the Element hub with CalDigit’s TS4 port to expand the number of Thunderbolt connectivity options you have. It can drive up to two 4K displays at 60Hz, or a single 8K display. Of course, it doesn’t have a DisplayPort to HDMI port, so you’ll need to use a dongle.

The Thunderbolt 4 Element Hub is a great choice for forward-thinking users who want the most Thunderbolt 4 ports in this type of form factor. It’s priced at $249.99.