Best Apple Deals of the Week: Save up to $250 on Mother’s Day Weekend! 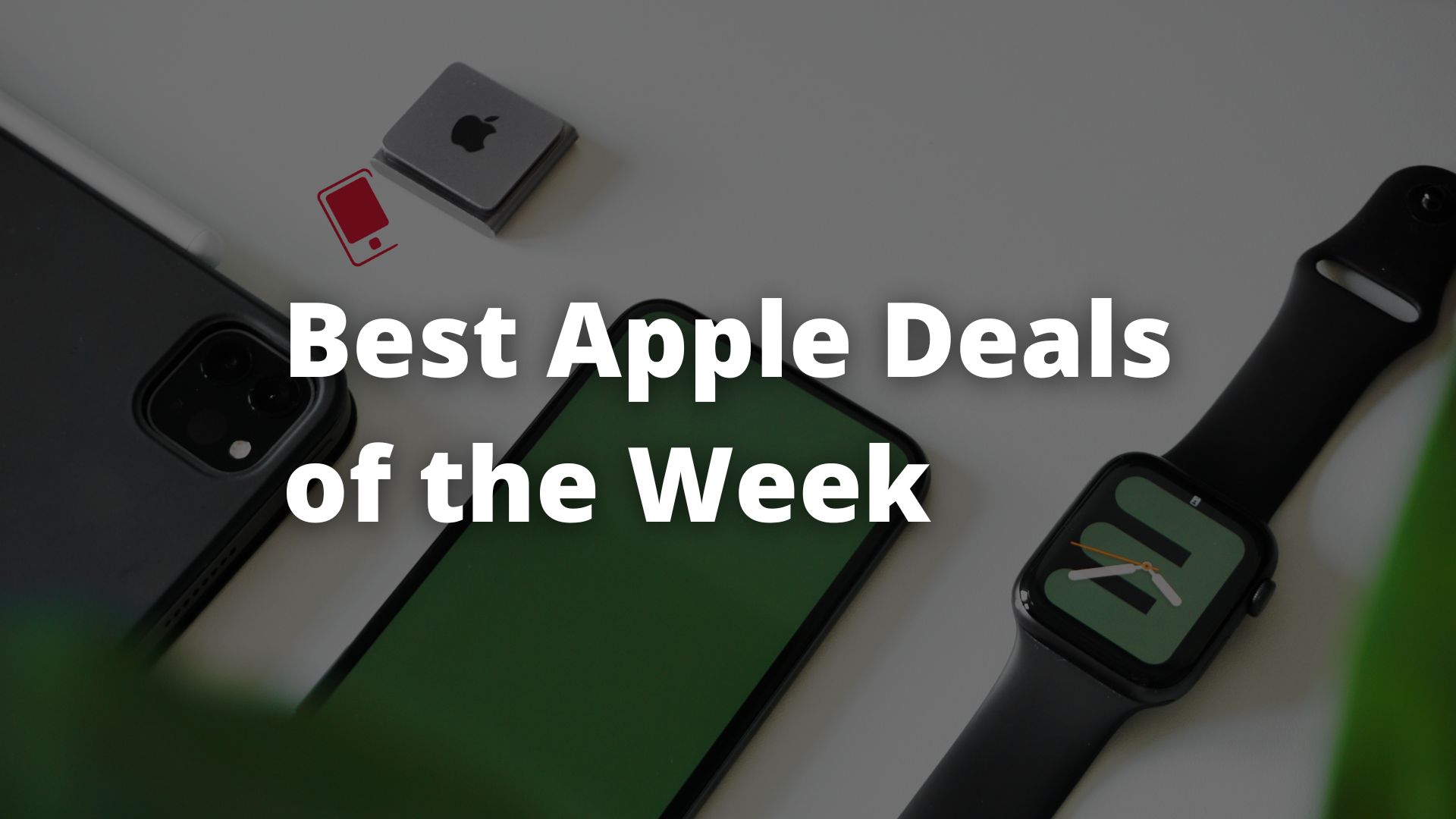 You can save a lot of money on several Apple products this weekend, including the iPad Pro, iPad Air 5, MacBook Pro, Apple Watch Series 7, and AirPods Pro. So, read on to discover the top Apple deals on Amazon this weekend if you are in the market for a new tablet, watch, or computer, and save some money.

This weekend, Amazon has discounted several models of the 2021 iPad Pro. You can save up to $250 if you go for one of the higher-end models with plenty of storage. Amazon also offers reasonable interest-free EMI plans on some models. 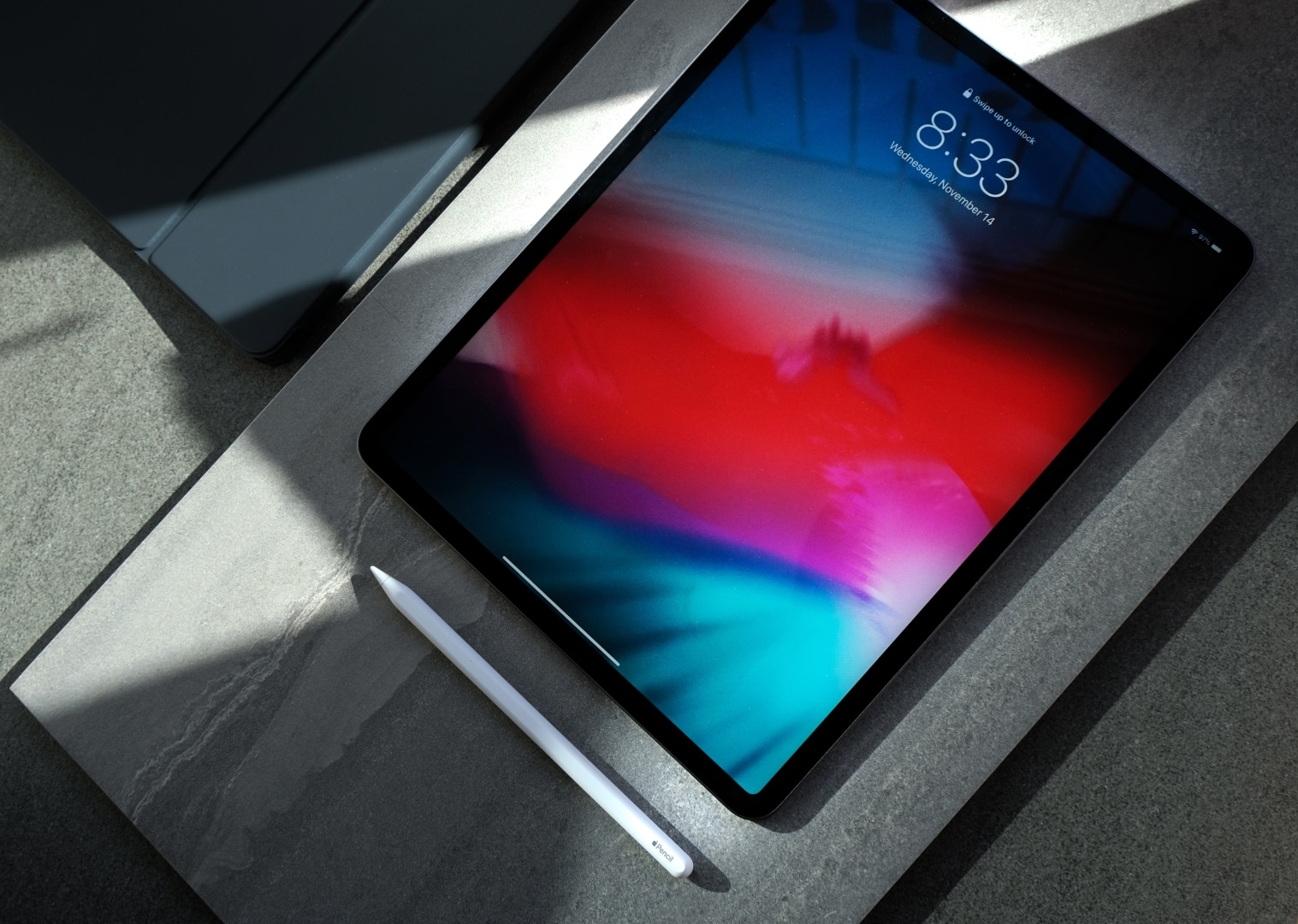 The new iPad Air 5 is an excellent proposition from a value for money standpoint. It features the M1 chip that also powers older Macs and the iPad Pro. The only thing separating it from the iPad Pro is the smaller screen, slightly inferior camera array, lack of Thunderbolt support, and fewer storage options. Amazon offers up to a $49 discount on the iPad Air 5’s sticker price.

Amazon offers an attractive $150 discount on four color variations of the fourth-gen 10.9-inch iPad Air. Although the iPad Air 4 has been superseded by the new iPad Air 5, this is the way to go if you need a decent tablet in a pinch and for cheaper. You can pick up the Wi-Fi-only iPad Air 4 with 64GB of onboard storage for just $469 this weekend. The model finished in Gold carries a substantial $130 discount.

If you want a bit more storage for files and media on the Go, Apple has also discounted the 256GB storage variant for the Mother’s Day weekend. You can pick it up for $599 after a $150 discount on the $749 retail price. The color available at discount include Silver, Rose Gold, Sky Blue, and Green.

If you want the 512GB variant with the exact internal specifications, you are lucky. The model is also finished in Space Gray and is available for $1,179 after a $70 discount. 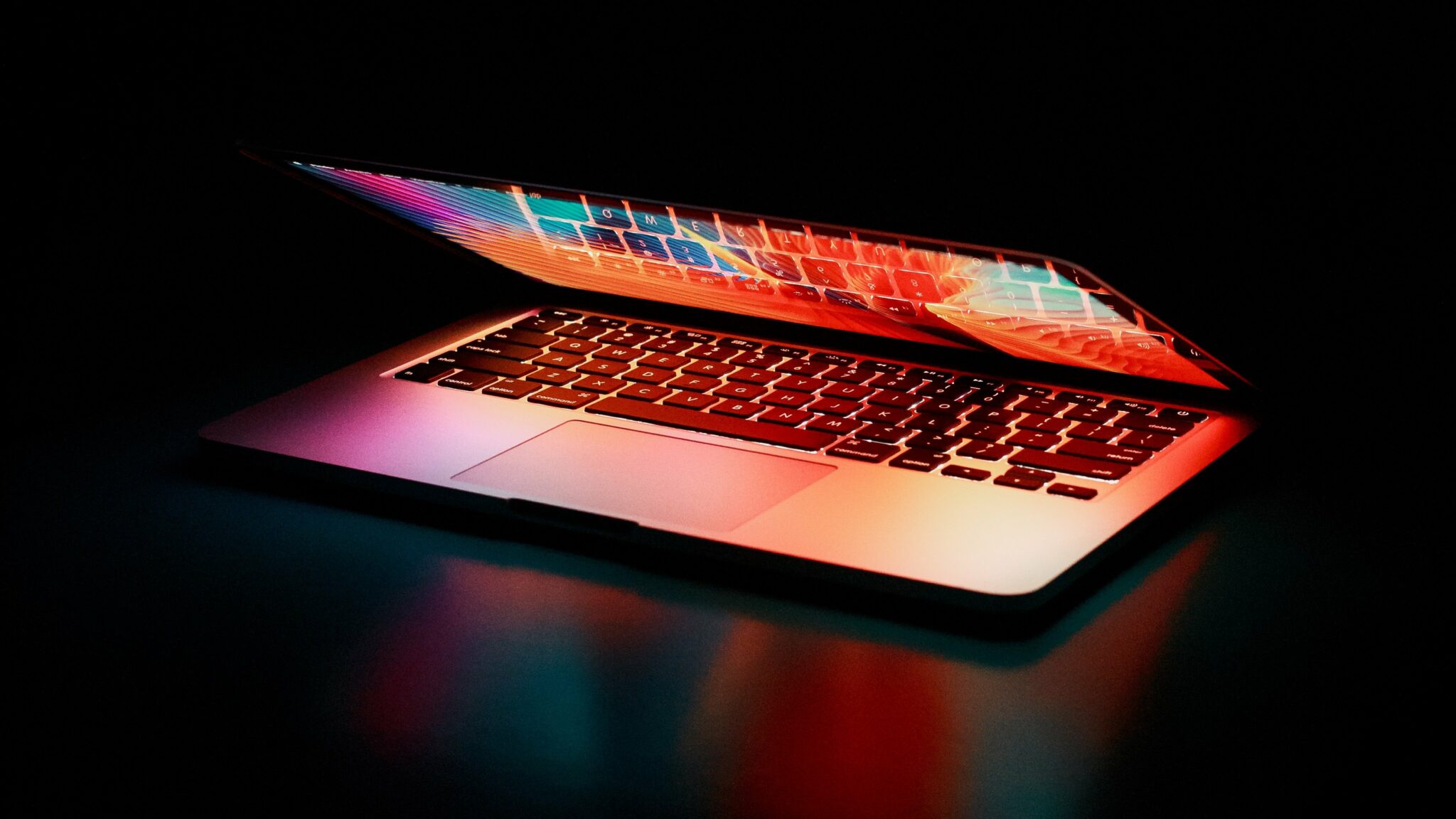 Apple’s M1-powered 13-inch MacBook Pro, launched in 2020, is up for grabs at a $149 discount. Instead of selling for $1,299, the computer is available for $1,150. The discounted model comes with 256GB storage and 8GB of RAM mated to the M1 chip with an eight-core CPU and eight-core GPU. The notebook also packs a 16-core Neural Engine and is finished in Silver.

The 512GB model could be a better choice if you deal with larger files on a regular basis. Thankfully, Amazon offers a handsome $200 discount on this model. So, the effective price drops down to $1,300.

If you want to use a Mac desktop instead, the new colorful 24-inch iMac launched in 2021 is selling at a discounted price. It comes with an M1 chip with an eight-core CPU and seven-core GPU suited for light to moderate workloads. You get 8GB of RAM and 256GB of onboard storage as well. The iMac finished in Blue is listed on Amazon for $1,199 — a $100 discount on the $1,299 sticker price.

The AirPods Pro is discounted on Amazon. You can enjoy a decent $74 discount on the $249 sticker price and pay just $175 to get one now. They offer all the bells and whistles such as active noise cancellation (ANC), Adaptive EQ, and Spatial Audio paired with an excellent in-ear design, making them your ideal companion for work, travel, and content consumption when you want to relax. 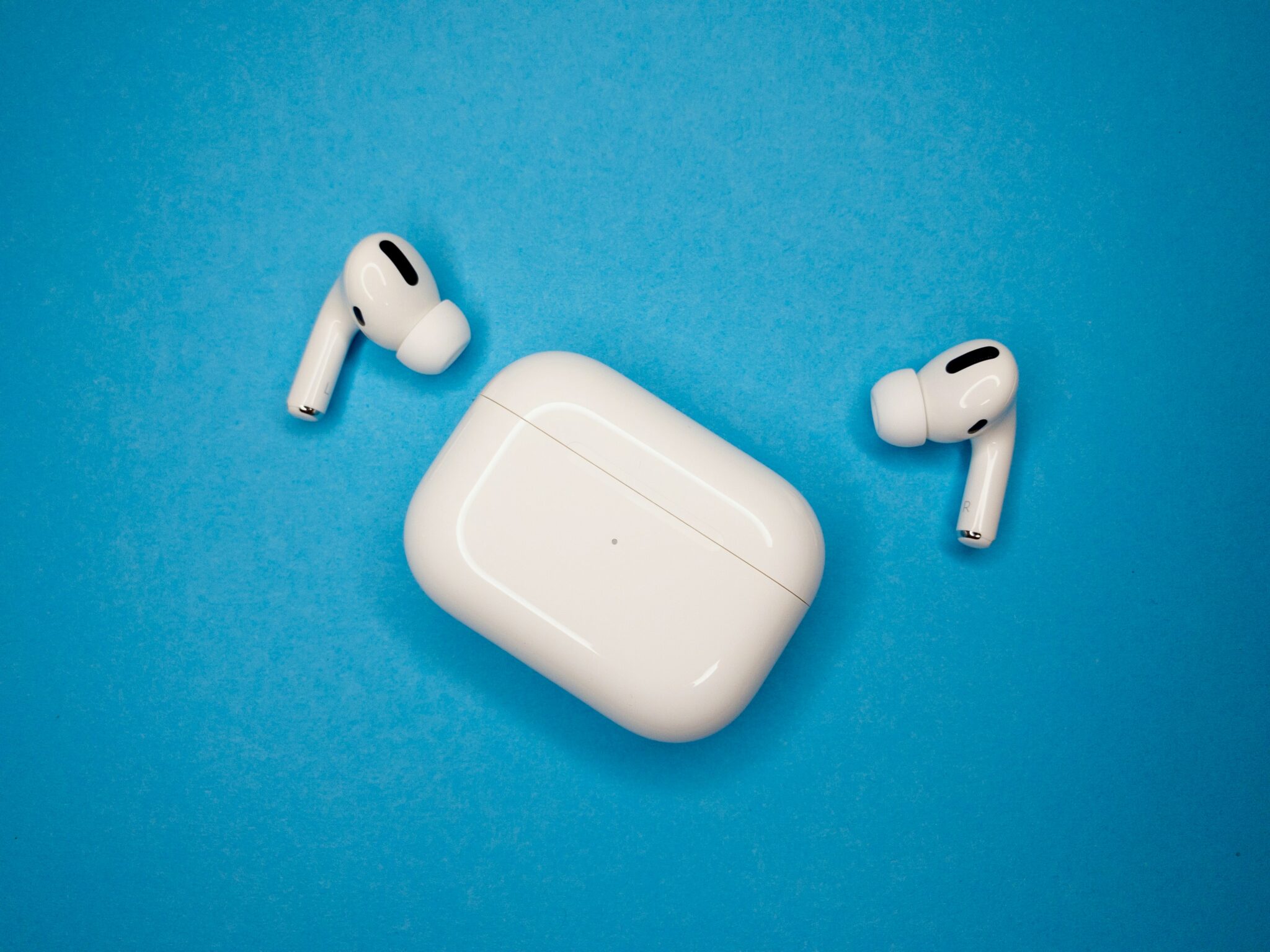 The AirPods Max is Apple’s flagship offering in the audio gear category. These over-the-ear headphones offer all the benefits of the AirPods Pro, albeit with a different design. You get Spatial Audio, ANC, and the acoustic goodness of Apple’s H1 chip. It is available on Amazon for just $449, a $100 discount on the $549 sticker price. The discount has been running for the past several weeks, but it has been upped from $70 to $100 this weekend.

If the AirPods Pro doesn’t fit your budget, you’re lucky because Apple’s second-generation AirPods are also discounted on the e-commerce website. They can be purchased for just $100 — a $59 discount on the $159 list price. The AirPods 2 make for a great gift article because they don’t burn a hole in your pocket. Moreover, the accessory is useful and versatile, so you can use it with a variety of devices and dip your toes in the world of Apple’s true wireless audio gear.

If you’re looking for a wearable, the Apple Watch Series 7 is Apple’s latest and greatest offering in the segment. It is currently on sale on Amazon, selling for just $459 after a $70 discount on the $529 price tag. It offers GPS + Cellular connectivity, a 45mm Green Aluminum case, and a Clover Sport Band.

If you don’t have much use for cellular connectivity, you can spurge on a larger 45mm GPS model that’s also discounted heavily. It is available with a Green Aluminum Case and a Clover Sport Band. It goes well with the new Green iPhone 13 models too. You can pick it up for $359 price after a $70 discount.

If you must stick with a 41mm case for some reason, the GPS variant is discounted by $70. So, you pay just $329 instead of $399 for the Apple Watch Series 7 with a Green Aluminum case and a Clover Sport Band. Some other affordable variations of the wearable are also selling for a $50 deal. 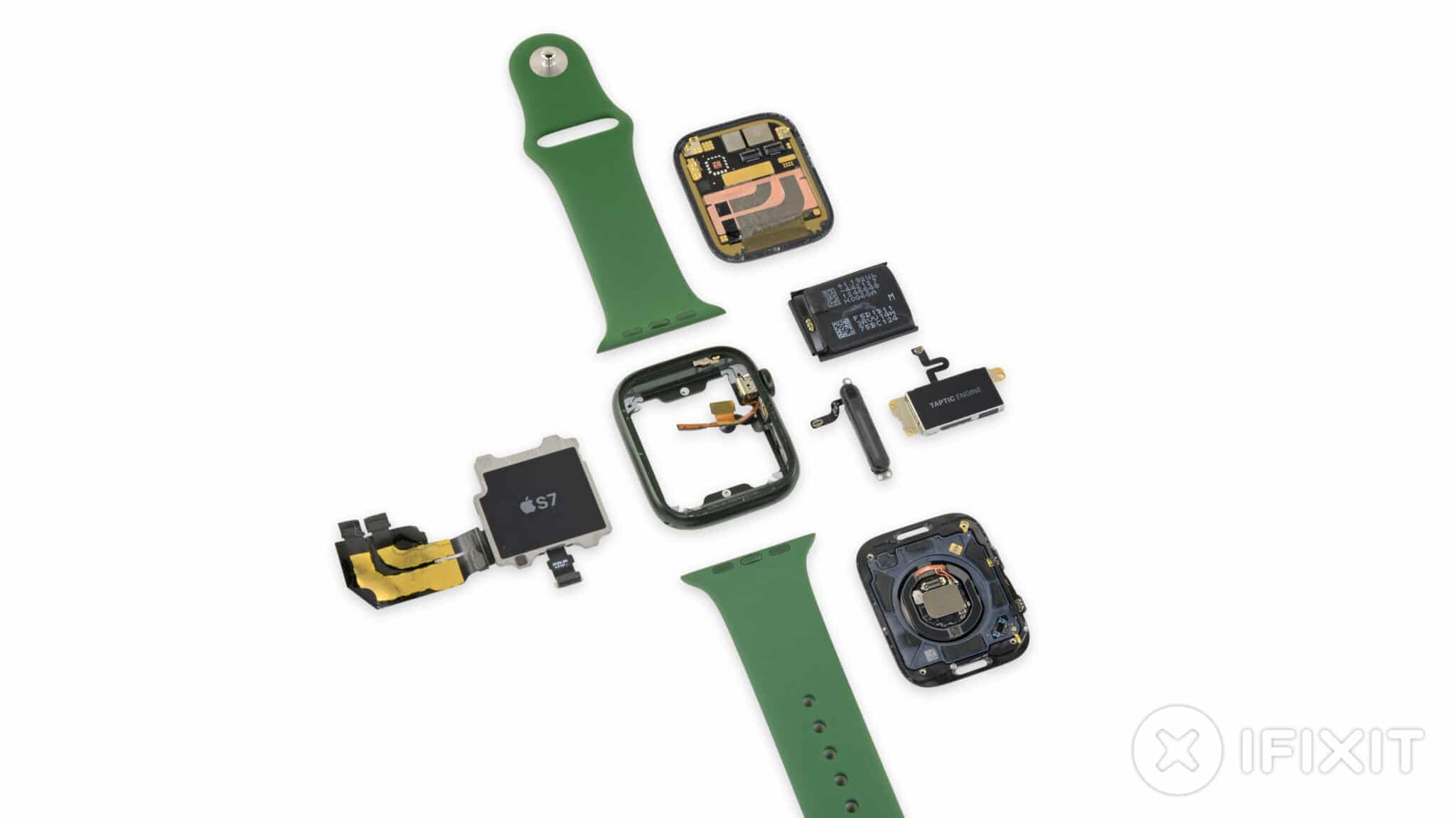 Sometimes, the best accessory you can get is an object tracker, so you don’t lose valuables such as keys, wallets, bags, etc. Apple’s AirTag fits the bill perfectly. The company has also put in efforts to develop the software that backs the device, so it isn’t misused to stalk people, making it a unique and technologically advanced Mother’s Day gift idea.

Amazon offers a $14 discount on the four-pack of AirTags. This brings the $99 sticker price down to just $85. Get it while the deal lasts!

We hope you found this collection of deals on Apple Gear from Amazon useful. If you did find any of these deals useful, don’t forget to share them around with your friends and family.

We launch new articles subscribe and get updated. MAX 1 email a week. No spam, ever.