The MacBook Pro’s Touch Bar is on borrowed time, but if you find it a handy addition to the notebook, here are potential replacements you can use instead.

The Touch Bar has had a turbulent existence, arriving as part of the 2016 MacBook Pro range. An extra thin OLED panel that sat between the keyboard and the main display, it offered extra touch-based controls at your fingertips.

Instead of navigating menus for an often-used command in an application, or using a mouse to gradually change a slider, the Touch Bar offered more options. Instead, you could tap a shortcut for that command on the Touch Bar, or slide your finger along the bar to adjust a slider.

However, it wasn’t a universally liked feature, and with the introduction of the 14-inch MacBook Pro and 16-inch MacBook Pro, it was replaced by a row of full-height function keys. Though not providing app-specific shortcuts, the buttons were feasibly more useful for end users.

The 13-inch MacBook Pro is the last device in the MacBook Pro range to continue providing a Touch Bar to its users. However, there’s always the prospect that Apple could modernize the appearance of the model, or replace it entirely, removing the Touch Bar from new models once and for all.

In situations where the 13-inch model is overlooked for a more powerful version, you’re not going to have a choice about the Touch Bar, as it simply won’t be available.

Though the component is almost certainly going to end up in the features graveyard down the line, fans therefore have to come up with alternative ways to enjoy the benefits of the Touch Bar, without using the real thing.

There are still options available to bring the shortcut-enabling features of the Touch Bar to non-Touch Bar devices. It’s just that sometimes you’ll have to think a little laterally.

Arguably the cheapest and most obvious thing to do to replace the Touch Bar’s shortcuts is to memorize the keyboard shortcuts themselves.

Practically all apps on macOS offer some form of keyboard shortcuts for often-used commands. In many cases, they can be seen within the menus of apps, displayed as key combinations next to the features and settings they trigger.

The shortcuts aren’t limited just to apps, as macOS itself has a wide array of them available to use. Indeed, some are extremely well-known combinations that work across applications, such as Command-C to copy an element and Command-V to paste.

This is the option requiring the most effort, especially in trying to memorize the sheer number of shortcuts available, but it’s free to learn. Also, since the knowledge can cross over to other Mac desktops without needing to change what keys you press, it could be extremely beneficial for multi-Mac environments.

A feature that has been around for a few years, Sidecar enables you to turn the iPad into an extra display for your Mac or MacBook. Working either over USB or wirelessly, you can expand your MacBook’s workspace onto an iPad or iPad Pro, effectively giving you the benefits of multiple displays while on the move.

While the feature’s main benefit is of turning an iPad into a portable display for your Mac, it has an extra feature on hand: a software Touch Bar. 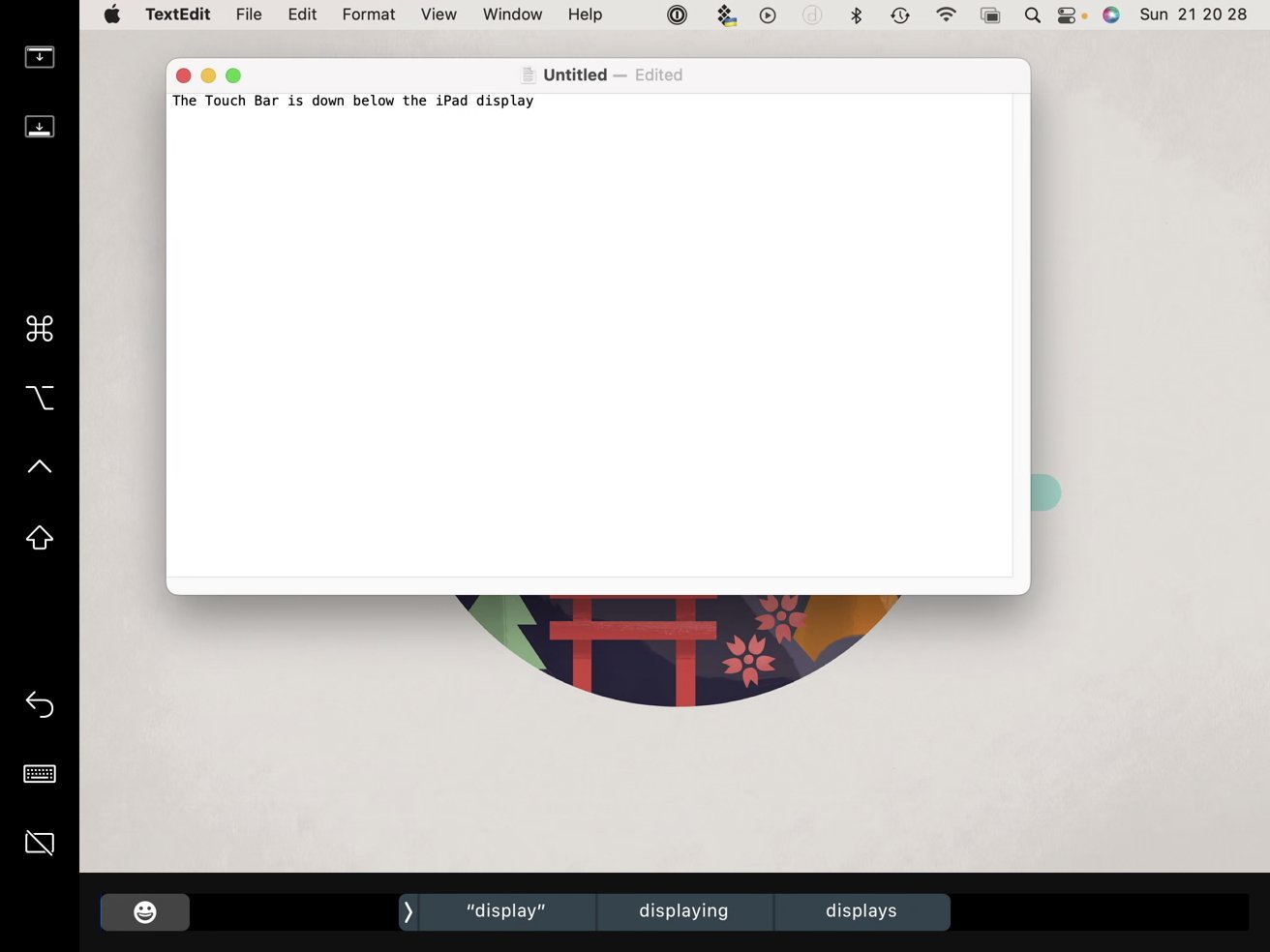 Sidecar can add a Touch Bar to an extended display on an iPad.

Appearing at the bottom of the display, the software Touch Bar works just like the real-world equivalent, showing shortcuts that you can tap with your finger.

You don’t just have to use Sidecar to add a Touch Bar to the iPad. The similar Duet Display offers the same functionality to its users.

If all you want is a pile of quick-to-click shortcuts for often-used actions, then using the built-in Shortcuts feature may be an idea.

Based on Siri Shortcuts from iOS, Shortcuts for macOS brings the same flexible automation to the Mac. However, for our purposes, we don’t necessarily need enhanced shortcuts, but rather something more basic. 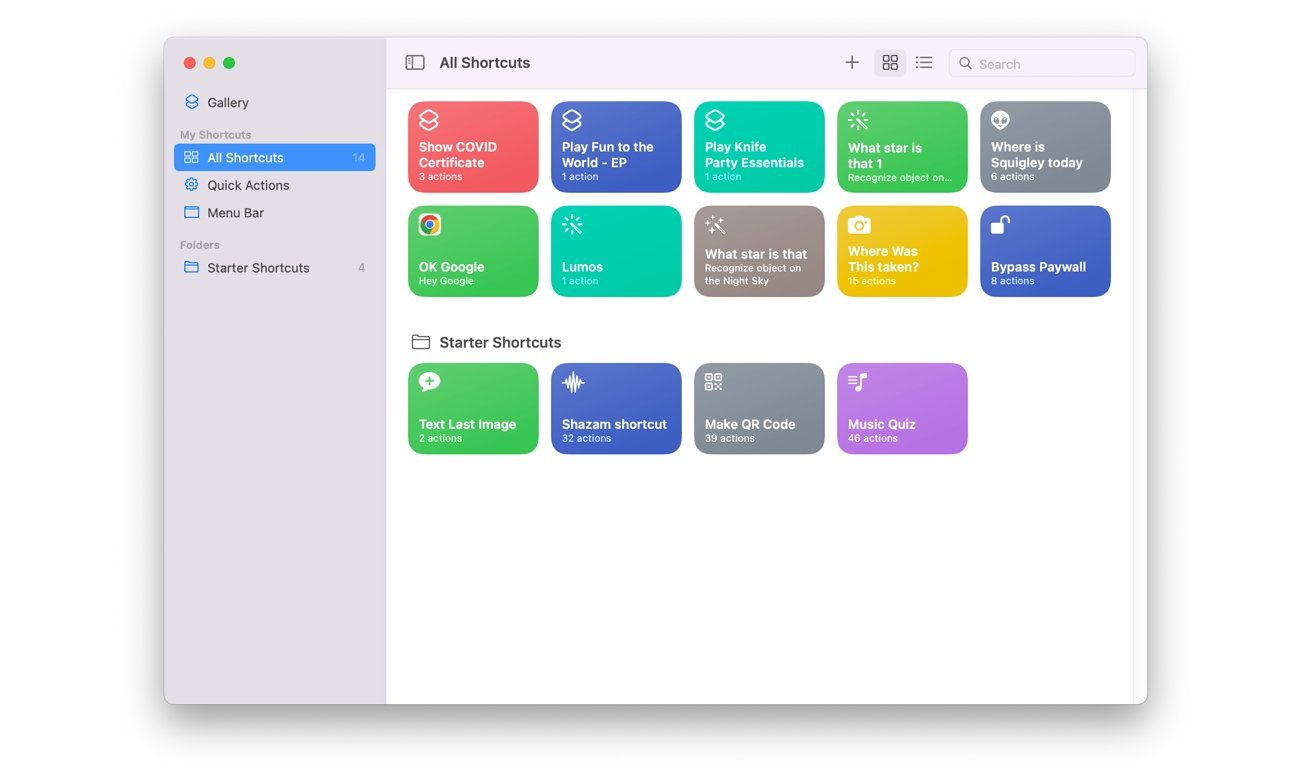 There’s nothing stopping you from having the Shortcuts window open with a large selection of essential shortcuts at your disposal, all clickable with your mouse. You could also set up app-specific folders of shortcuts, so you can bundle together the ones you need into one easy-to-access spot.

You don’t need to go hammer-and-tons with Shortcuts to make it replace the Touch Bar, but the option’s always there.

Normally a device associated with game streaming, the Elgato Stream Deck is an accessory that gives you a selection of buttons to press on a separate keyboard-like device. Three versions are available, with six buttons, 15 buttons, or 32 buttons.

For our purposes, you can set up the Stream Deck to run various shortcuts and commands, all from a single press. Each button can be customized, and with multiple screens able to be set up per-app or per-task, it quickly becomes an easy way to get anything done with minimal effort. 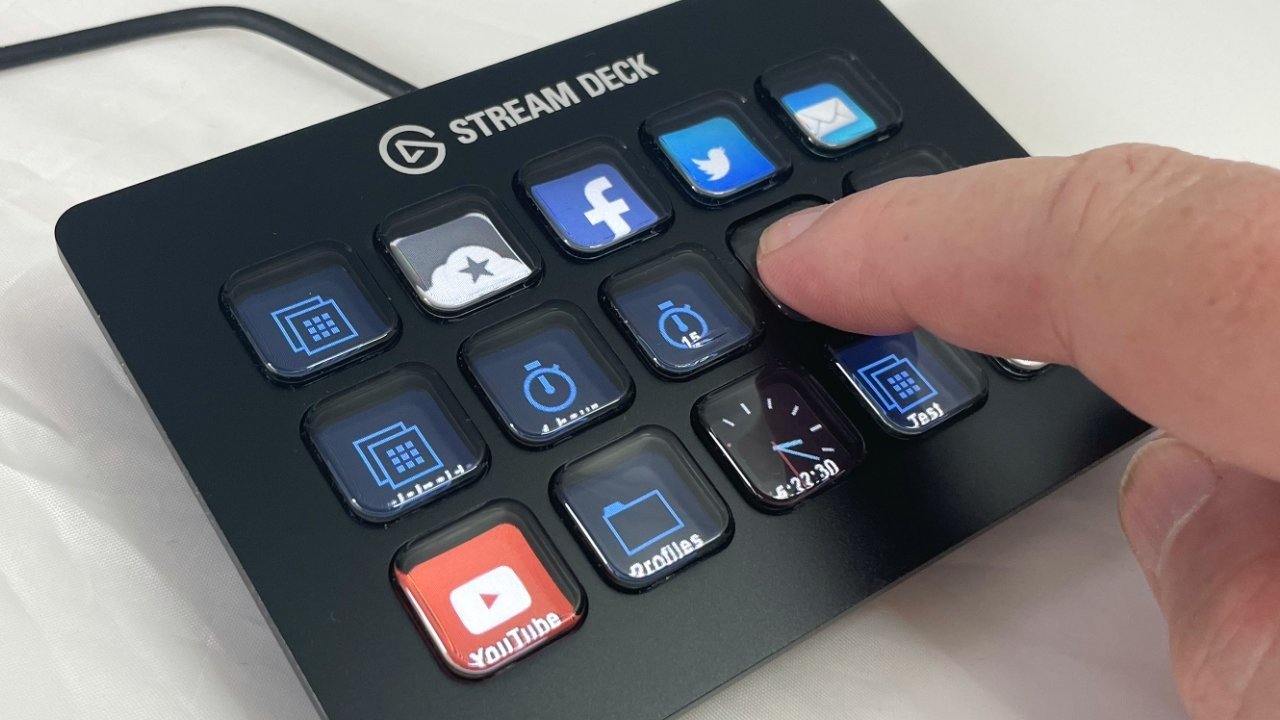 With deeper exploration, you can take advantage of the Stream Deck to perform enhanced actions, such as triggering lights using HomeKit and launching specific web pages and applications in preparation for a Zoom call. These could all feasibly be separate actions, but you could easily turn it into a single “broadcast” button.

The advantage by using physical hardware is that, while it isn’t directly cloning the Touch Bar’s core functionality like the software-heavy solutions, it does benefit from being dedicated and ever-present to you. It’s on the desk, always waiting to perform whatever shortcut you want it to, at practically all times.

While the Elgato Stream Deck is a very useful device you may want its functionality without paying for the extra hardware. If you’re an iPhone owner, you can get the same benefits from a mobile app. 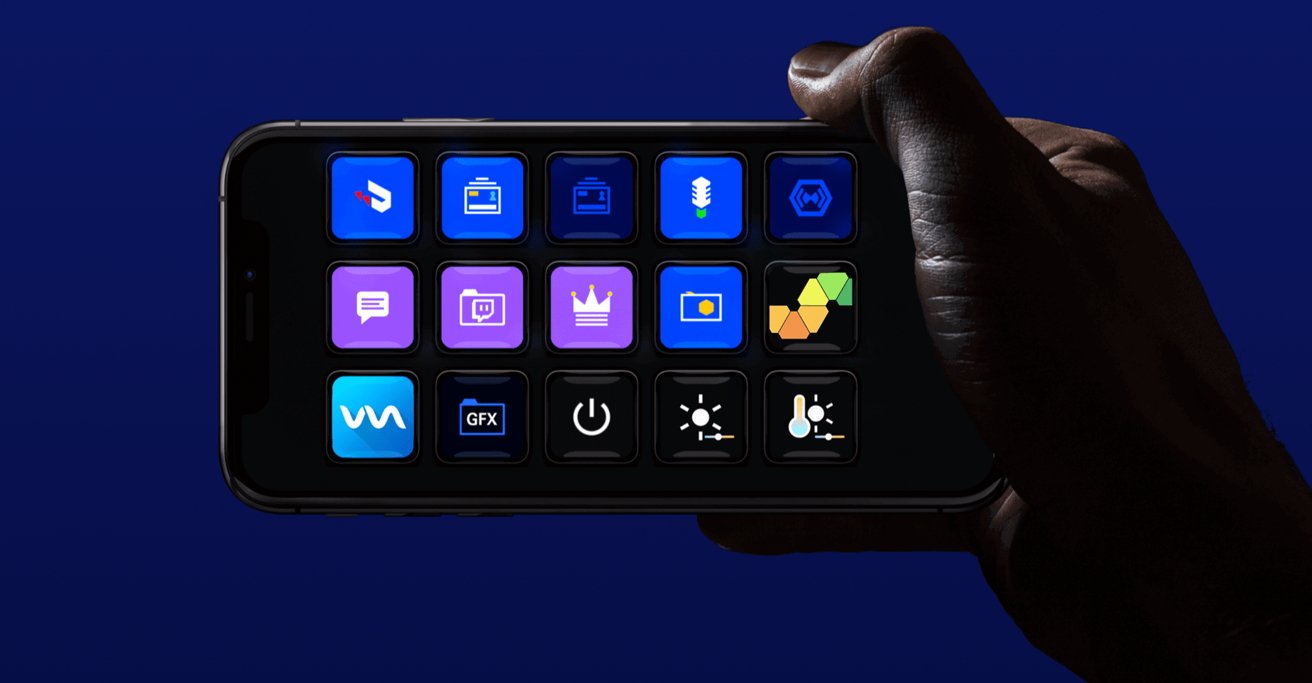 The Elgato Stream Deck Mobile app offers the same 15 customizable buttons as the physical version, complete with all of the shortcut and macro personalization, except in a digital form. You don’t get the physical button to press, but you can still tap the iPhone screen for the same effect.

The main Elgato Stream Deck Mobile app is free with a trial available, but then it costs $2.99 ​​per month or $25 per year to use.

If you want the Touch Bar interface but don’t care about touching it with your finger, a free app may do the job.

Taking the form of a floating window that can be docked to the top or bottom of the screen, the Touch Bar Simulator is managed from the menu bar, which also offers options to load it from boot, display it on all screens, opacity configuration, and even to quickly hide and reveal the bar.

To get it running, you will need to change some security settings on your Mac regarding downloaded apps, but after that and a quick reboot, it’s all onscreen and functional.

BetterTouchTool is an application for macOS that lets you heavily customize the various inputs you have available for your Mac, including things like the Trackpad, the Magic Mouse, the Magic trackpad, and standard mouse and keyboard presses.

It also includes features to customize the Touch Bar for MacBook Pro models equipped with one, but one early 2022 update adds something more useful. The developers call it the “Notch Bar.”

Designed to sit in the space either side of the notch on a MacBook Pro’s screen, it sits above the menu bar in macOS and provides the same sort of functionality as the Touch Bar. Namely that you can trigger functions and shortcuts from it whenever you want.

It also includes two modes you can switch between, with Widget Mode and Menubar Mode showing different categories of shortcuts for you to use.

Available with a 45-day trial, BetterTouchTool is $9 for the standard license, $21 for the Lifetime license. It is also available as part of a SetApp subscription.