Threat actors are always looking for topical lures to socially engineer victims into infecting systems. We recently analyzed one such lure, namely a fake Windows 11 installer. On 27 January 2022, the day after the final phase of the Windows 11 upgrade was announced, we noticed a malicious actor registered the domain windows-upgraded[.]com, which they used to spread malware by tricking users into downloading and running a fake installer. The domain caught our attention because it was newly registered, imitated a legitimate brand and took advantage of a recent announcment. The threat actor used this domain to distribute RedLine Stealer, an information stealing malware family that is widely advertised for sale within underground forums.

The attackers copied the design of the legitimate Windows 11 website, except clicking on the “Download Now” button downloads a suspicious zip archive called Windows11InstallationAssistant.zip. The file was hosted on Discord’s content delivery network.

Windows11InstallationAssistant.zip is only 1.5 MB and contains six Windows DLLs, an XML file and a portable executable.

After decompressing the archive, we get a folder with a total size of 753 MB. The executable Windows11InstallationAssistant.exe was the largest file at 751 MB.

Since the compressed size of the zip file was only 1.5 MB, this means it has an impressive compression ratio of 99.8%. This is far larger than the average zip compression ratio for excutables of 47%. To achieve such a high compression ratio, the executable likely contains padding that is extremely compressible. Viewed in a hex editor, this padding is easily spotted (Figure 4).

A large part of the file is padded with 0x30 bytes and is irrelevant to run the file. Since many sandboxes and other malware analysis tools are unable to process very large files, we must either analyze the file manually or shrink it to a reasonable size. The large filler area is located at the end of the file just before the file signature. Due to a digest mismatch, the signature verification results in an error, which is why we did not include it further in the analysis. By truncating the filler area as well as the signature, we obtain a valid portable executable. One reason why the attackers might have inserted such a filler area, making the file very large, is that files of this size might not be scanned by an anti-virus and other scanning controls, thereby increasing the chances the file can execute unhindered and install the malware. Figure 5 shows the sections of the executable after removing the padding. 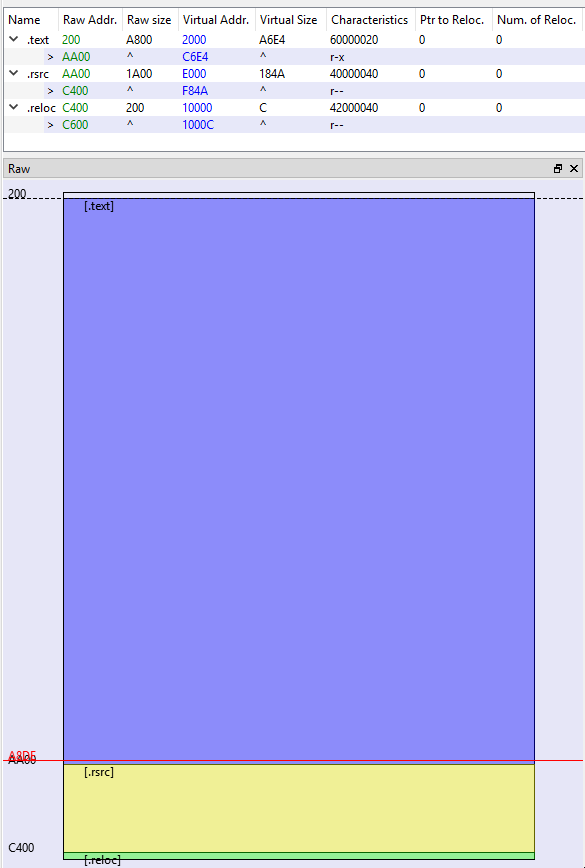 We can now analyze this file dynamically in a sandbox or with static malware analysis tools. Immediately after execution, the malware starts a PowerShell process with an encoded argument. This causes a cmd.exe process to be launched with a timeout of 21 seconds. Once this timeout expires, the initial process downloads a file named win11.jpg from a remote web server (Figure 6).

Running the file utility against win11.jpg fails to identify its file type, suggesting that it is encoded or encrypted. However, opening the file in a text editor revealed that the contents are simply stored in reverse order.

Once the contents of the file are reversed, we get a dynamic link library (DLL). This DLL is loaded by the initial process, which executes itself again then replaces the current thread context with the downloaded DLL. This is the RedLine Stealer payload, a classic information stealer. It collects various information about the current execution environment, such as the username, computer name, installed software and hardware information. The malware also steals stored passwords from web browsers, auto-complete data such as credit card information, as well as cryptocurrency files and wallets. To exfiltrate information or receive further instructions, RedLine Stealer opens a TCP connection to a configured command and control (C2) server, in this case 45.146.166[.]38:2715.

The tactics, techniques and procedures (TTPs) in this RedLine Stealer are similar to a campaign campaign we analyzed in December 2021. In that campaign, the malicious actor registered dicrodappp[.]com, which they used to serve RedLine Stealer disguised as an installer for the popular messaging app. In both campaigns, the threat actor used fake websites mimicking popular software to trick users into installing their malware, registered the domains using the same domain registry, used the same DNS servers, and delivered the same family of malware. 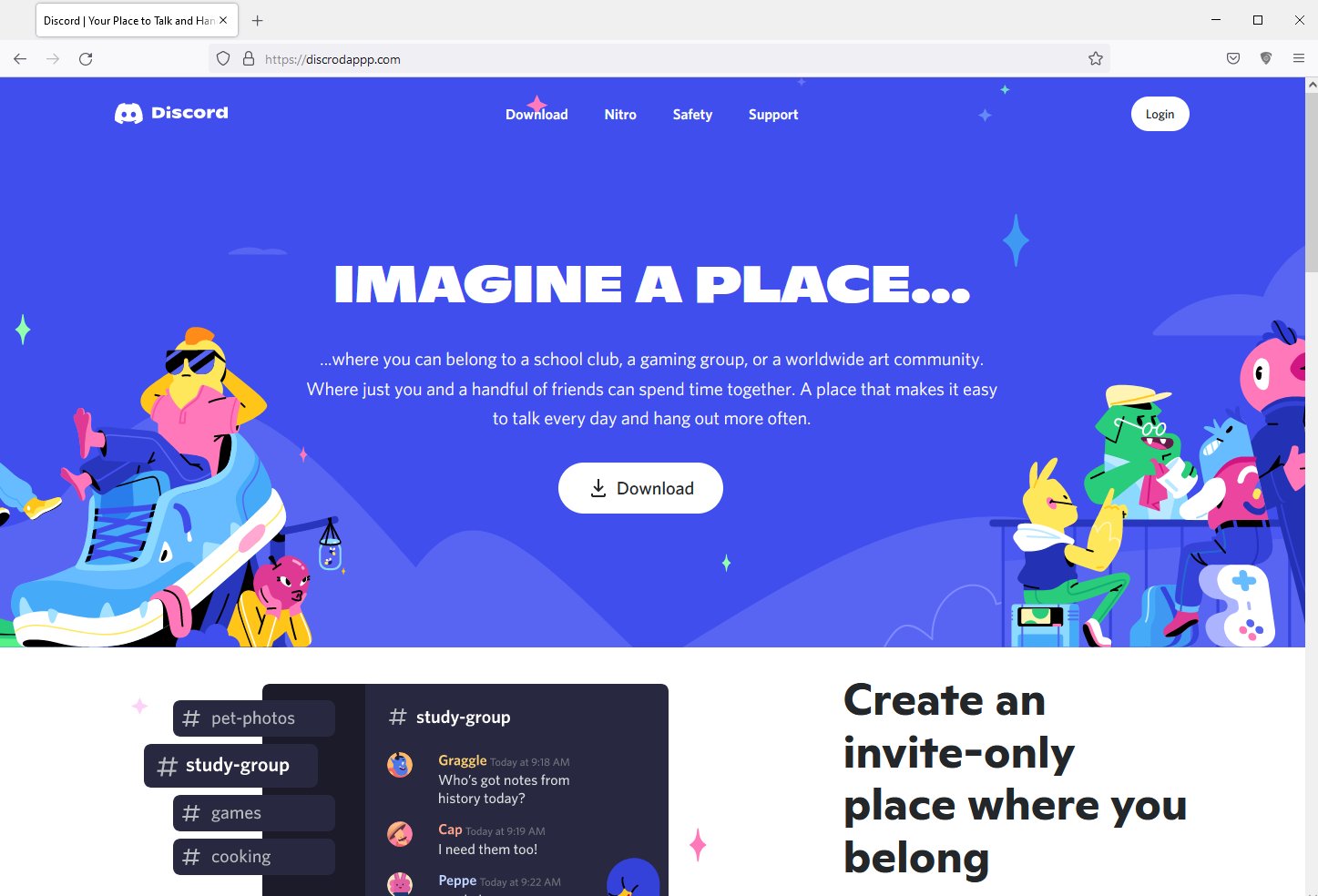 This campaign highlights once again how attackers are quick to take advantage of important, relevant and interesting current events to create effective lures. Prominent announcements and events are always interesting topics for threat actors, which can be exploited to spread malware. Since such campaigns often rely on users downloading software from the web as the initial infection vector, organizations can prevent such infections by only downloading software from trustworthy sources.