Usually when Apple is granted a patent about pressure, it’s to do with controlling a device with touch. But iPhones are also routinely exposed to environmental pressures, and especially being transported and used in flight, or under water.

“Electronic device with an integrated pressure sensor,” is a newly-granted patent that’s concerned with preventing external pressure, or pressure changes, from either damaging the iPhone, or affecting the accuracy of its sensors.

“These devices travel with people out of their house on the way to work, updating people with bus routes, traffic updates, scores for the day’s games, and so forth,” says the patent. “As users rely more and more on these devices, the devices are designed to be more robust.”

Apple lists example environments that cause problems for devices, such as when they are carried on mountaineering or skiing/trekking trips where temperatures drop well below freezing.” Or “devices may commonly be taken in or around water.”

“For this reason, the devices are typically designed to have some level of water resistance because water can lead to failures in the electrical components within the devices,” says Apple.

One way to prevent water damaging a device is to remove the kind of ports were it would get in. That will be one reason why Apple remove the headphone jack from the iPhone 7, back in 2016.

There is a problem, though, and it’s more than being about disappointing users who have wired headphones they can no longer plug into their iPhones. Instead, it’s about the knock-on effect of removing ports, or sealing a device.

“However, sealing the device so that the device can be submerged,” Apple continues, “to at least some degree, in water can have unintended consequences that affect the operation of some of the sensors included in the device.”

Most notably, “sealing the device can lead to an increase in operating temperature as components are potted or enclosed within a sealed environment.”

So instead of water damage, you could get heat damage. The iPhone will shut itself down if it gets too hot for too long, but clearly that’s not ideal.

Nor is the further problem that sealing an iPhone brings.

“As another example,” Apple says, “sensors, such as temperature sensors or pressure transducers, can be less accurate because they are sealed within the device and not in direct contact with the external environment.” 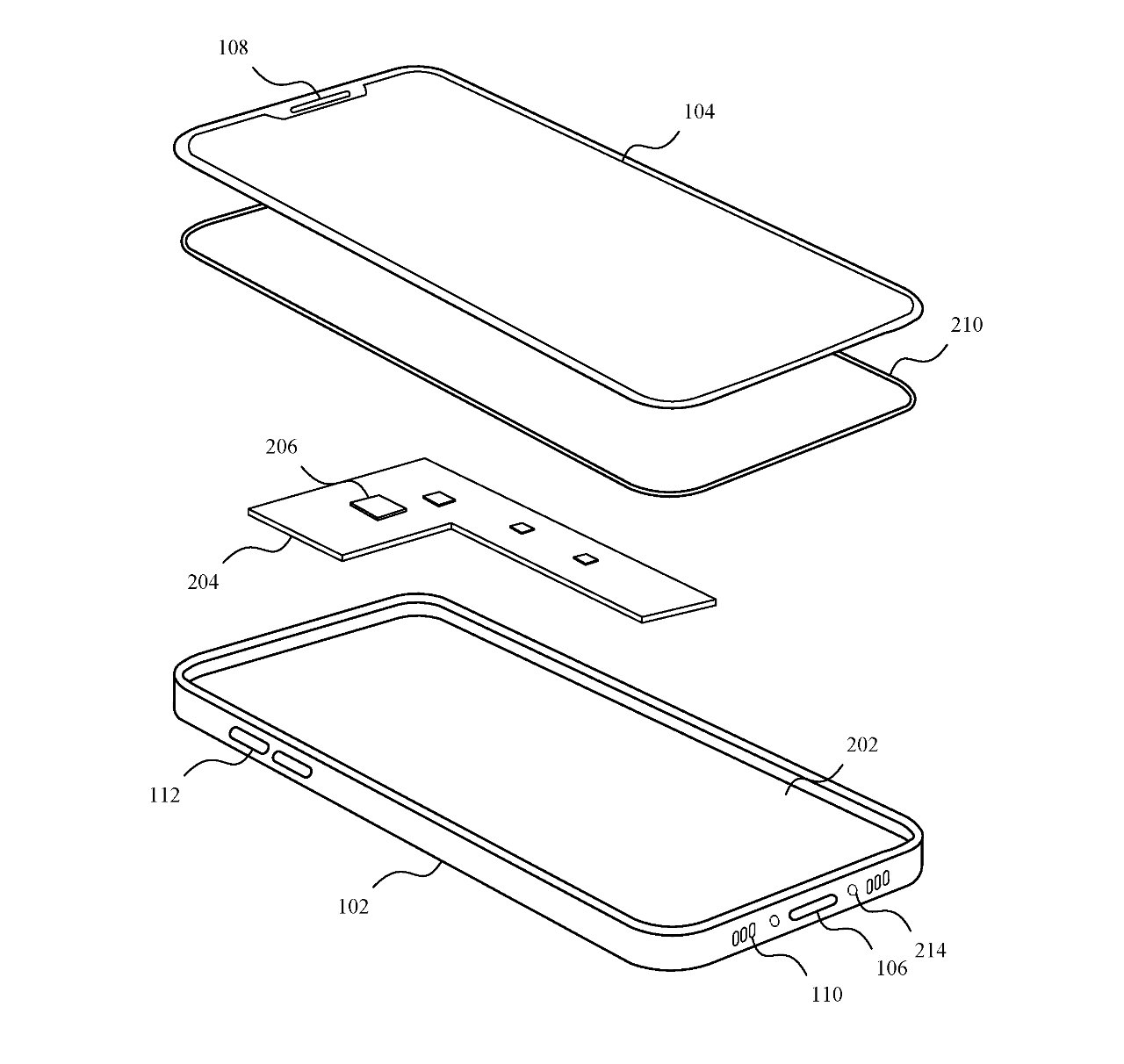 “Therefore, what is desired is an improved way to integrate various sensors into a portable electronic device,” Apple continues.

There then follows around 7,000 words of patent description that details multiple fine differences in how to approach a central idea. That idea does include options about water ingress and egress, but primarily the concern is to create a way for the iPhone, or any electronic device, to become a pressure transducer.

By creating a sealed cavity within the device, it can measure environmental pressure.

Application of the patent

Apple’s patent doesn’t detail what can be done when, for instance, high pressure is detected. That’s outside the scope of this patent, which wants to establish just how such pressure cavities could be used, especially since Apple argues that you can’t just completely enclose and seal components.

“Because the operational components generate heat, the gas needs the ability to bleed pressure into the external environment,” it says.

Similarly, a pressure drop due to a change in altitude, can cause damage. “The positive pressure differential between the gas in the cavity and the gas in the external environment can force the display assembly away from the housing, leading to a failure in the seal created by the adhesive.”

“Breaking the seal can allow the ingress of water into the cavity 202,” it continues. “One solution to correct for this issue is to include a barometric vent in a port included in the housing between the cavity and the external environment.”

The way to prevent the screen being forced away from the device, and heat causing pressure to build, is to equalize those internal and external pressures.

This patent only touches on ways that pressure can be equalized. There are also limits to what a device can do to, for instance, create internal pressure to match the outside world.

Nonetheless, being able to detect pressure changes, and to be able to do at least some methods of mitigating problems, means that iPhones should increase their depth and hieght tolerances.

The newly-granted patent is credited to 10 inventors. They include Eric N. Nyland, whose previous work includes patents concerning water ejection in the Apple Watch, and iPhone.